Drag line manure hoses are something you don’t see much of in Pennsylvania. But Jeff Zimmerman, owner of Agri-Applicators in Lebanon, which specializes in custom manure application, is sold on them, especially when used with a manure injector.

With farmers under pressure to reduce the amount of nitrogen and phosphorus getting into waterways, things such as manure injectors are being looked at to help address environmental regulations while helping keep farmers profitable.

"It’s got to start with keeping farms profitable, keeping them in business," says Eric Rosenbaum, executive director of the Pennsylvania 4R Alliance, speaking at a recent nutrient stewardship field day in Hershey, Pa. The alliance has partnered with Growmark FS, Bazooka Farmstar and The Nature Conservancy on projects highlighting new technology and better ways to track voluntary best management practices on farms. 4R alliances are partnerships between agribusinesses, farmers, researchers, and local, state and federal agencies that encourage the concept of the "4Rs": applying the right fertilizer at the right time, the right rate and in the right place.

Zimmerman says the idea of using a drag line manure system with a manure injector was something his customers wanted.

"You basically have to update the technology you’re using," he says. "The injector was because the customers were interested in it."

Zimmerman uses a Bazooka Farmstar Phantom toolbar with a 2 1/2 mile drag line to inject manure on a few hundred acres in his coverage area of southeast Pennsylvania. The drag line, he says, can take the place of three to five manure tankers, and you don’t have to worry about tires going all over the fields. Another advantage is that injecting manure makes it easier for plants to access the nutrients. It can also help reduce odors.

But these systems aren’t perfect. For one thing, he says, there can be a lot of clogging of the system. It’s also expensive. It can cost well over $100,000 for a manure injection toolbar, drag line hoses and parts.

Manure spreading using tankers is well-established in the Northeast as most fields are smaller and some farmers must travel on highways to spread on distant fields.

Shane Flora of Bazooka Farmstar says the company’s injectors can do up to 15,000 gallons an acre depending on the size of the toolbar being used. Drag line systems, he says, can usually run up to 7 miles, but he’s seen systems that can run up to 12 miles.

Nathan Hykes and Dean Collamer, both of Growmark FS, have been looking at better timing of nitrogen applications to increase corn yields without increasing the amount of fertilizer applied.

The side-dress nitrogen was applied June 21 when the corn was at the V6 stage. Sulfur was also applied at planting.

Alternating plots had fertilizer dribbled 3 inches away from the seed row on the surface or applied using Conceal, a planter attachment designed to apply nitrogen that was developed by Precision Planting, which placed the fertilizer 1-inch underground.

The results showed that yields were higher in the plots where higher amounts of nitrogen were fed at planting and lower amounts at side-dress.

"We saw by putting that extra nitrogen on up front, especially in a rainy year where there was a lot of opportunity for loss, we saw an up-to-50-bushel yield estimate with the same amount of nitrogen, so definitely a lot of nitrogen use efficiency there," Hykes says.

PROBING NITROGEN: Nathan Hykes of Growmark FS (left) talks about timing nitrogen applications at planting and side-dress for better fertilizer efficiency. Yield estimates range from 140 bushels in the low-rate plots to 190 bushels in the high-rate plots. The extra sulfur at planting likely helped get the better yields, especially when combined with nitrogen. "We felt that putting that with the nitrogen, because they have very similarly, putting it at planting so the young plant had plenty of sulfur as well as nitrogen was a good agronomic move," Hykes says.

Mid-Atlantic 4R Alliance, the umbrella group of which Pennsylvania 4R Alliance is a member, is using part of a $400,000 grant from the National Fish and Wildlife Foundation to count voluntary best management practices on farms in three counties: Lebanon, Franklin and Union.

Katie Turner of the Pennsylvania chapter of The Nature Conservancy says the pilot project will involve working with 20 farmers in each county to see what voluntary BMPs — practices put in without government funding — are on the ground to get a more accurate picture of what farmers are doing.

Critics of the Environmental Protection Agency’s pollution reduction plan for the Chesapeake Bay have long questioned the modeling that the agency is using to count practices on farms, as most of those practices are government funded through programs such as the Environmental Quality Incentives Program.

Turner says the hope is that farmers can get credit for voluntary practices, and that they will be counted in the bay’s modeling tool.

Turner says the goal is to possibly expand this work to the entire watershed. The Mid-Atlantic 4R Alliance has a goal of implementing BMPs on 335,000 acres to cut nitrogen loads to the bay by 1.5 million pounds and phosphorus loads by 90,000 pounds. 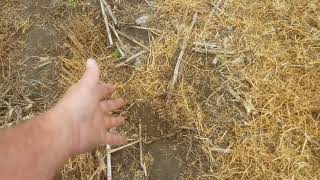 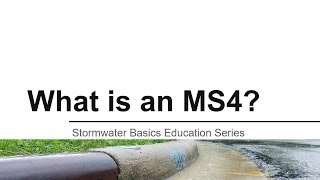 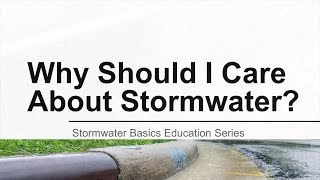 Why Should I Care About Stormwater? 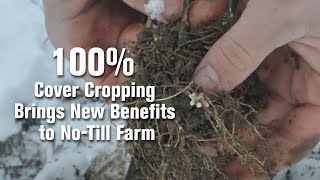 Rye + Manure Application (One Week After)

Why Should I Care About Stormwater?

The Fine Line of Soil Health

Rye + Manure Application (One Week After)